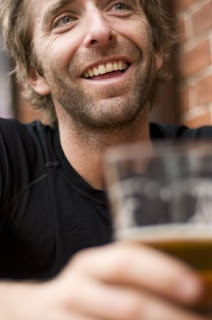 C-Note got to sit down and take a few photos with Timmy a while ago and I had the pleasure of doing a “fucking extemporaneous IM interview”(as he so eloquently put it) with him not too long after. Click through for the goods.
You’re a fairly prominent figure in the climbing community. People know Timmy. We see you in Patagonia ads and Peter Mortimer films and we all think you’re great, but I have no idea what you actually do. What do you actually do?
I wake up each day, scrub my teeth with nylon bristles, pull pants over my legs, a shirt over my torso and slip my feet into sandals, then I drink coffee.
That sounds like the best deal ever.
After that it really depends but that is the most routine that my day is, any day that I have.
It seems you have plenty of time to climb though, which I suppose is an important thing, if not THE important thing.
What I do is interact with humanity through myriad forms of communication both real/in-person and virtual. It’s climber/kayaker/mountain biker, meets life-coach, plays mad 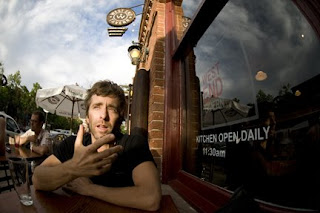 rock and roll drums, and changes lives through climbing.
Where have you been in the last 6 months?
Cusco, Peru – April 11th until April 25th
Hike the Inca trail with my brother Tommy and my Dad.

Koraro, Ethiopia – April 28th until May 18th
Work with ophthalmologist Geoff Tabin as part of the Millennium Village Project.

Silverton, Colorado – May 20th until June 4th
Play music with my band The Dust Storm incl. a show in Durango, Colorado.

Vail, Colorado – June 4th until June 8th
Emcee at the Teva Mountain Games, and play drums with the Dust Storm.

Scotland June -15th – June 28th
Sail in the North Sea on the Ezra, a 44ft cutter
Climb the Old Man of Hoy 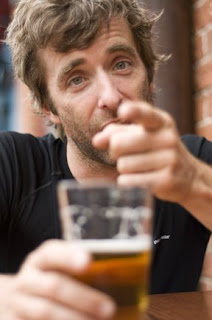 Holy shit.
In February I was in southern Chile in the Patagonia region climbing with Yvonne Chounaird and others and making a film. I am off to the Valley to climb for the next 5-weeks.
That’s amazing.
I am planning on climbing with my brother Sean, a T-12 paraplegic, up the NOSE on El Capitan in a hopefully sub-24-hour ascent for the first one-day ascent of El cap by a paraplegic then I climb El Cap with another brother Tommy – the Shield in 3-days and 2-nights
That’s crazy
I also am bringing up ophthalmologist Geoff Tabin, who I helped cure blindness in Ethiopia this summer.
So you have a busy schedule.
We are doing the West Face (24-pitches w some 5.11 amd a lot of 5.10. It will be the biggest climb he has ever done. I am going back to Africa with him. After the Valley I will be there until October 20th. I head south on Oct. 23rd for a week in Mexico City, Mexico where I speak at a mountain film festival and climb. Then Nov. 3rd up to Banff Mountain Film Festival for a week in Alberta to do a series of 20-podcast/videocast interviews and a slew of emcee work for the BEST mountain film festival on the planet.
I can’t imagine having that busy of a schedule.
How do you feel about the direction of climbing? Do you feel it’s headed in a good direction? Are we raising young climbers to be a new generation of environmentally conscious rock jocks? Do you think the climbing community as a whole is doing loads of 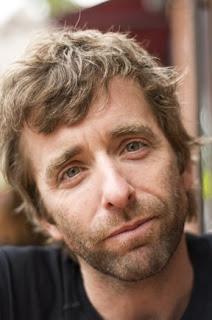 good?
Climbing is one of the many activities that I participate in, and that goes for the vast majority of those that call themselves climbers, either inside or outside. The direction of climbing has always been up, literally, as we ascend the boulder or wall and metaphorically as our numbers in the community rise and our awareness of the limited resources and our need to be proactive stewards regarding access and care. Climbing is one of my interests and it is a personal and obscure venture that serves my needs to commune with mama nature and challenge myself physically and mentally in a non-conventional manner. “Never doubt that a small, group of thoughtful, committed citizens can change the world. Indeed, it is the only thing that ever has.” -Margaret Mead. There are a few people in the climbing community trying to make change. The rest are simply enjoying the activity and that is a very worthwhile and valuable thing.
Did you and Caroline come up with any compelling meaning in your discussion of the value of honesty in lust and love?
No.
But we really enjoyed the attempts. That is the important thing to remember; the trying is where it is. The unknown, will you make it OR not. In other words – being real with yourself and your motivations is paramount to being the same with others as well as the external representations of you i.e. your climbing project, art concept, music arrangements, job, relationships with family and friends. To bring or providing the same to others.
You have a reputation for being crazy Timmy, from panties on the summit to Paris Hilton sex tapes to every single thing I’ve seen you emcee but talking with you now I don’t get that at all. Where’s that come out? Is it just morning time?
It is me morning day and night – I am serious about being funny and over-the-top and also very serious about connecting with humanity in a substantial way that feeds my desire to help people. I love making people laugh with as much gusto as I enjoy making them feel better about a difficult period in their life be it the loss of a loved one, the loss of the leg, or the loss of their self respect. I am a serious student of life, love, laughter and living in the moment. “Live life as if you will die tomorrow and learn as if you will live forever.” -Mahatma Ghandi. I am a very public person and lend my wit and charisma to many projects i.e. films, emcee, IM interviews but some of my favorite is bringing an ailing person (whatever the ailment is) further back to health.
Is that the part of people that’s giving you this 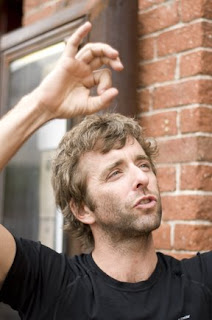 passion for humanity. Giving them something back? Bringing them up ultimately, bottom line: helping.
I am one of 7 kids and we are close and in my neighborhood we were 21 kids in a row in three houses. I am swarmed with people, need them around me, gravitate to them like the earth to sun, I interact instantly and deeply with others in order to nourish my need for truth and understanding and empathy and compassion. The other side of the sword is that nothing is sacred, sacrosanct is nonsense for me, for others sorry if I step on your blessed toes or trample on your sense of decorum, decency. I am a churl in humor and a paragon in humanity – that is the irony is that I find the humor in the hurt and expose it. I was just back in Philly visiting my family and it felt as if I was bring drawn and quartered with love, pulled by myriad arms and needs and directions.
You seem like a man with more love to give than anything. Do you find yourself able to commit yourself personally to others regularly? With your schedule and your compassion. Is it hard for SO’s to understand why you do what you do?
Had a serious SO for a number of years and now I am single, so I have the opportunity to experience different women, not necessarily as a player or anything, other than just being open. I travel and sometimes I meet someone I connect with, I am not looking for an SO but she is out there, perhaps reading these words, lurking at the coffee shop, attending the next performance of my band, who knows – life is short and I love love.
What’s the most important thing in life? In one sentence
The most important thing in life is yourself, your own health and state of mind; you are your own temple, and charity starts at home baby – give to yourself first so you can give to others. See ya.

(All photos by Caroline Treadway)