John P. was nice enough to send us another comic and I’m posting it.

END_OF_DOCUMENT_TOKEN_TO_BE_REPLACED 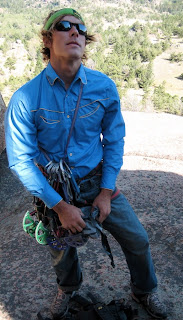 Oh my freakin dub. Yours truly has peered into the dark dark world of the offwidth and has seen things that no sport climber should witness. Lungs bursting, elbows flaming, ankle skin tearing, big bro placing, gaging, kicking, screaming and swearing was the scene at Poland Hill in Vedauwoo, Wyoming yesterday as I tried to sell my soul to the gods of offwidth…My first route ever at the Woo, Fantasia 5.9+, was not a pretty sight, except for my vintage blue with lime green tubing Western apparel. You haven’t witnessed something so awkward since the last episode of the Office. I don’t know if I’ve ever felt more relief topping out a route as I did this 60 foot 5.9! Offwidth is like fighting a grizzly bear in a pool filled with melted butter, there’s no strategy in a death-match from hell!

This first pic is starting the route, I was not this enthusiastic during my 45 minute epic! I now respect the wideness and those masochistic bastards that dabble in this dark art.

The other pics include the Masters of Offwidth couple Jason and Ellie getting dirty on The Desiderata and Darren Mabe on Pyschoshop.

Anyway, the woo was fun, here are some pics from my route and a small OW bouldering session this afternoon. Enjoy. 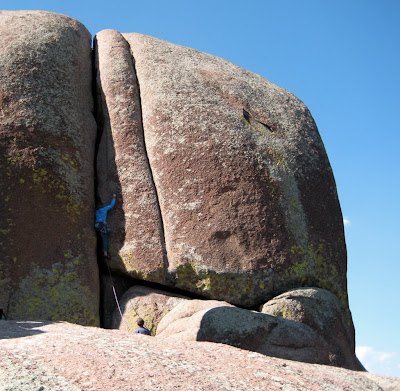 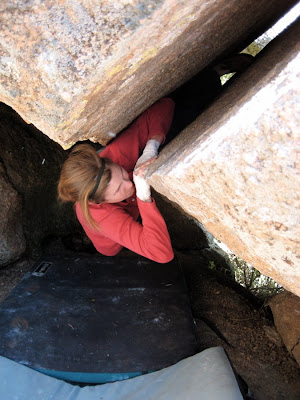 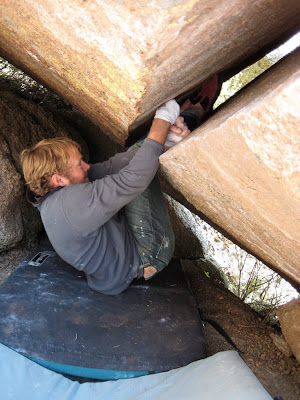 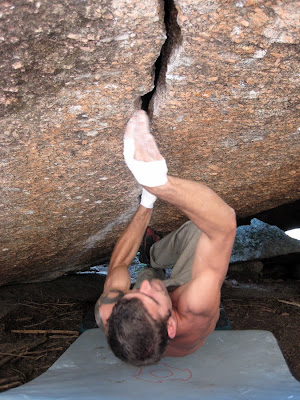