Chris Sharma isn’t a secret. He’s pisses all over projects like he was writing his name in the snow. Sometimes I get sick of hearing all the shit he’s sent. If people wanted they could write a whole magazine that solely covered his ventures and it would still probably get published more times a year than Alpinist. No matter. END_OF_DOCUMENT_TOKEN_TO_BE_REPLACED

At first I was going to give the WW to the Alpinist (which, if you haven’t heard, has closed shop). That was until I read this thread on Mountainproject and realized that I love to hate the people who love to love Alpinist. Then I was going to give it to Alex Puccio for the shit she’s been crushing. But a minute ago, I realized that today is Wig’s birthday. How often do you get a birthday on a Whiskey Wednesday?!  And since Wig was THE guy who got the crew PSYCHED about the Sundowner and the WW, I had to pay him due tribute.

All I have to say about Wig is that he is simultaneously the most irresponsible and charismatic person I’ve ever met. The guy has talked me into doing more dumb shit than anybody I know. He talked me into leading S-wall, which is 5.9, 220 feet, and 3 bolts. Jesus. He’s also talked me into doing things with my money(usually the Casino) I usually wouldn’t dream of. Allow me to illustrate.

END_OF_DOCUMENT_TOKEN_TO_BE_REPLACED 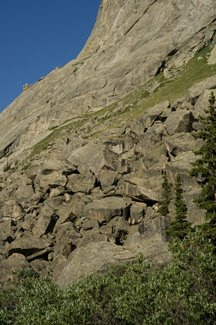 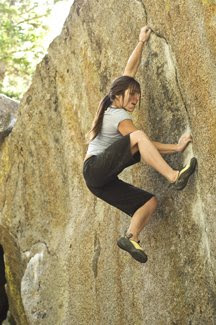 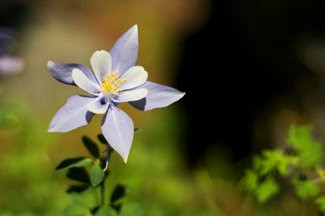 “Seurat” is a big beautiful seam on a boulder hidden in the alpine meadows of Mt. Evans, Colorado. It’s also my arch nemesis. From the first moment I saw Seurat, I wanted to climb it. But my dreams were crushed when I simultaneously pulled on and and face planted on the slab. Repeatedly. My foot kept popping. So, since I hate climbing this problem but love looking at it, I figured it would make the perfect little step by step with Alex Puccio—one of the coolest climbing chicas around. (She also just snagged first at the comp in SLC this past weekend.) Check out the other photos of Alex finessing this aesthetically awkward Mt. Evans classic after the jump. Cheers! 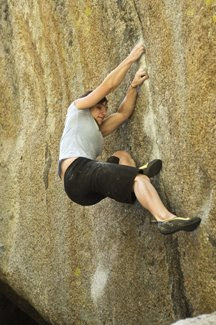 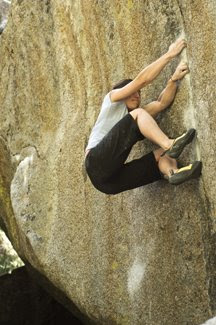 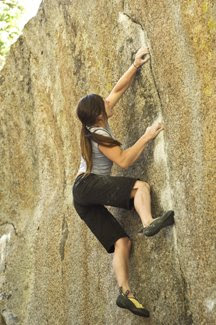 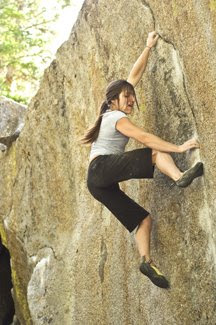 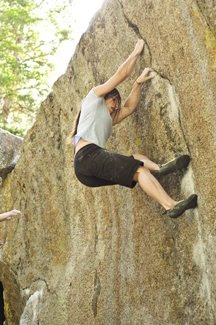 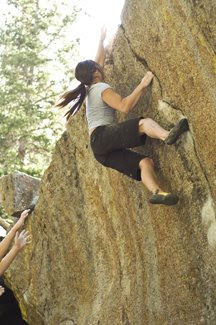 World Cup winners Kilian Fischhuber (AUT) and Alex Johnson (US)
The 2008 Teva Mountain Games hosted the Bouldering World Cup this past weekend in Vail, Colorado. Thousands of athletes and spectators converged on the Disney-esque mountain town, including kayakers, mountain bikers and climbers. Mad props to the 6 men and women who battled it out in finals. Austrian Kilian Fischhuber won the men’s, red-headed Italian Gabriele Moroni landed in second and Paul Robinson—U.S., slid into third. Daniel Woods placed fifth and Ty Landman, for Great Britain, sixth.  Alex Johnson (US) won the women’s, Katharina Saurwein (AUT) came in second, and the favored Anna Stohr (AUT) placed third. Impressive efforts by Tiffany Hensley (US) 4th and Alex Puccio (US) 6th. Usual suspects Angie Payne, Chris Sharma and David Lama didn’t make finals. Honestly, it was super inspiring to see so many strong climbers try so hard. A palpable “I get paid by my country to climb” vibe accompanied the typical chalkbag throwing, wall kicking and screaming. And to top it all off I had a blast partying with the Euros and doing the worm with DW—yep, the worm. Tiffany Hensley (US) and Paul Robinson (US)