In shocking news this week, Boulder police learned of a mass suicide which occurred in what was thought to be an abandoned warehouse on the northeast side of boulder. According to Investigator Charlie Stiles, the suicide was at first thought to be a standard cult suicide by religious nuts. “We were about to close the case on this one. It seemed like a pretty cut and dry case of cult idiocy,” says Stiles.

That was before reports came filtering in from friends and relatives of the victims and even one defector of the group who revealed that those involved were largely avid atheists and agnostics. According to the former member, who asked to remain anonymous, the group had a very diverse religious mix. “Although about half the members were atheists or agnostics, there were also Buddhists, a few catholics and protestants. I think there may have even been a Scientologist or two.” When asked about what brought the group together, he began to tear and said simply “Glaciers.”

Stiles said,“We had to go back and take a second look at the crime scene after this revelation. It just didn’t add up.” “That’s when we found the suicide note.” The note was a lengthy explanation of the groups history, purpose and goals and explained in detail the reason for their mass suicide. 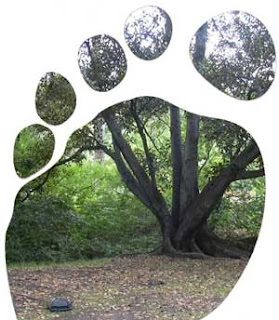 Five years ago a group 50 Boulder citizens formed the social action committee (SAC) called Boulderites against Glacial Retreat (BAGR) and had swelled to 200 members by 2008. Their goal was to stop the retreat of glaciers worldwide through social and personal reform and which included the aggressive minimization of their personal carbon footprints.

“We loved glaciers. We had basically dedicated our heart, souls, bodies and lives to saving them. Honestly, it was the only thing that mattered to us,” says the former member.

The BAGR note explains the decision with detail.

“We knew we had been making little if any progress. We had eliminated nearly every contributor to our carbon footprint. We had sold our cars, gone off the electric grid, began growing our own food to eliminate our contribution to trucking carbon emissions. We became vegetarians to eliminate the CO2 produced by livestock. We had even decided as a group to have zero offspring so that we would not be guilty of bringing more little carbon consumers into the world. Our own bodies were the only part of our existence producing carbon.

Last week we learned of the Rhode Island sized B-10A iceberg breaking off the glaciers of Antarctica. This represented absolute and total failure to us. In silence we watched the behemoth mass of ice slide into the ocean. We had dedicated our lives and souls to these glaciers. It was like watching somebody you had sworn to protect slipping into a pool of lava and knowing it was your fault. It was absolutely heart wrenching.

At that point it was obvious. We had to make the ultimate sacrifice. By eliminating our breaths and our carbon dioxide from the planet, perhaps we can save at least a few pounds of beautiful glacial ice.”

A Gallup poll indicates that the response of most Texans to buy a second Hummer.


About The Author: limit